Today the 3D printed skulls designed in the teen workshops were installed at the Dr. Roberto Cruz Library. Additional photo can be seen at this online album. Here is the Instructables posting. 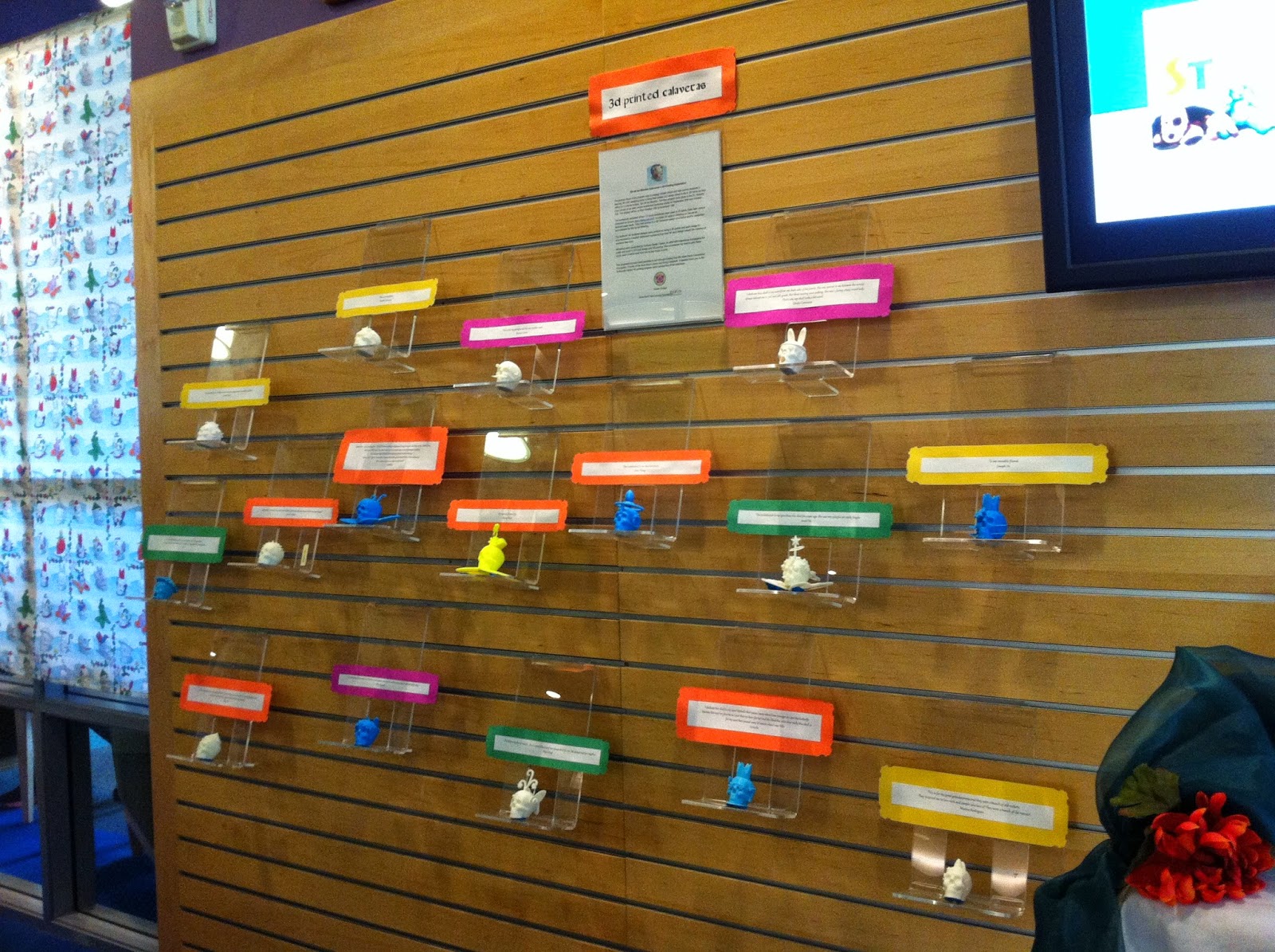 It was nice that the skulls went up next to a Dia de los Muertos alter created by moms of students at Escuela Popular.

I created a digital textile that captured screen grabs of all the 3D designs in Tinkercad. 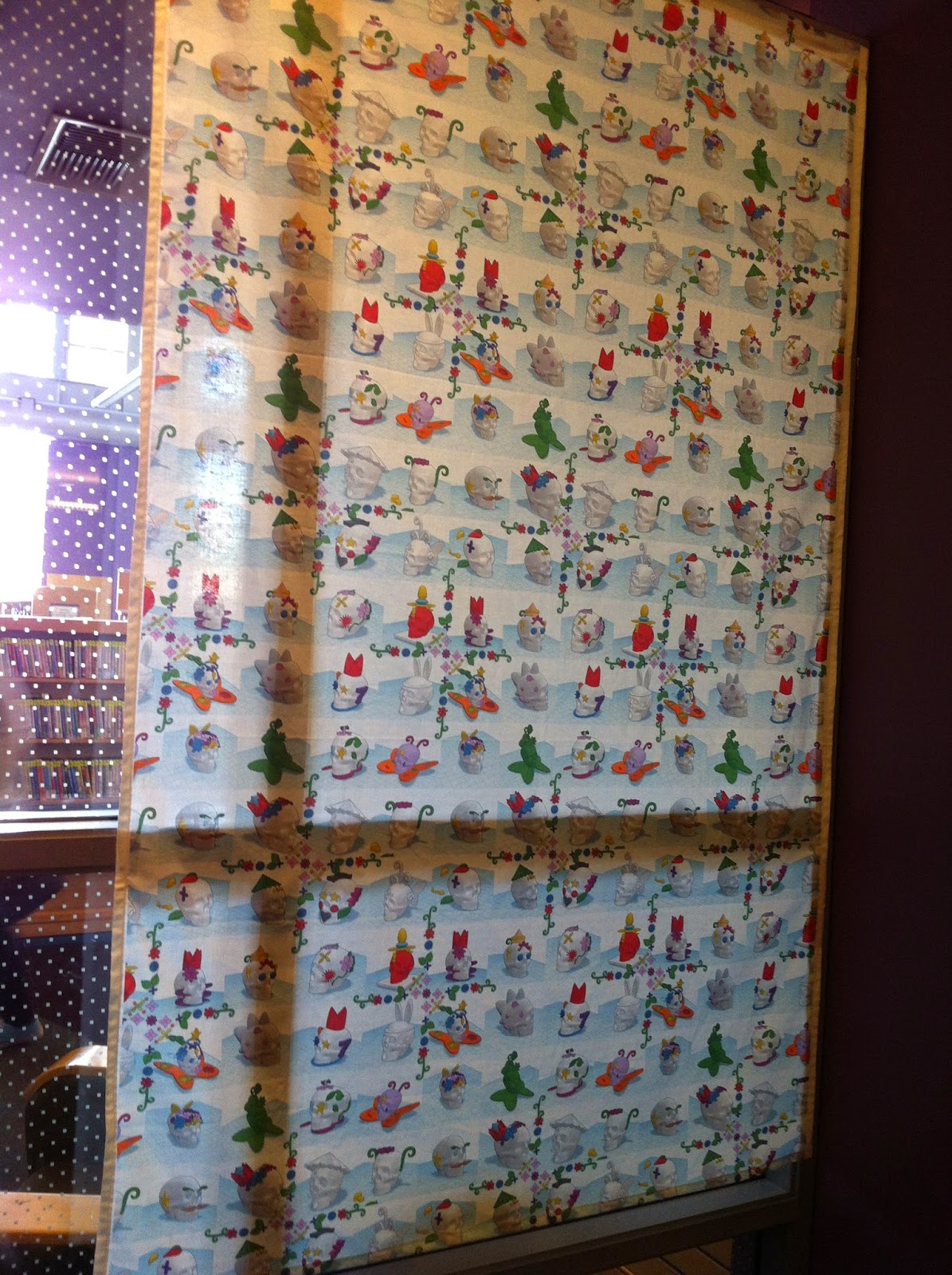 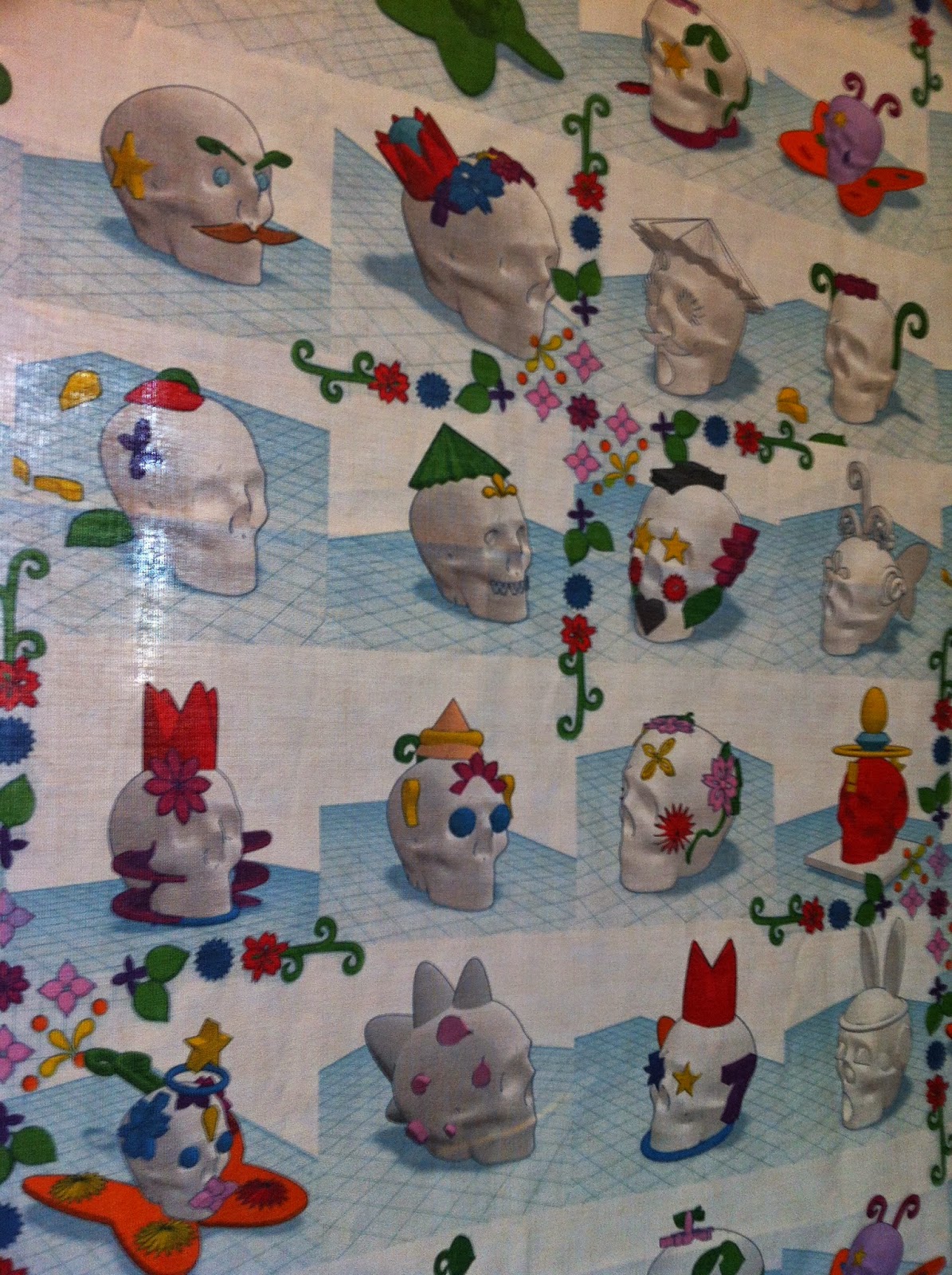 Each teen and the few adults who participated created a statement about their design and who it honored. 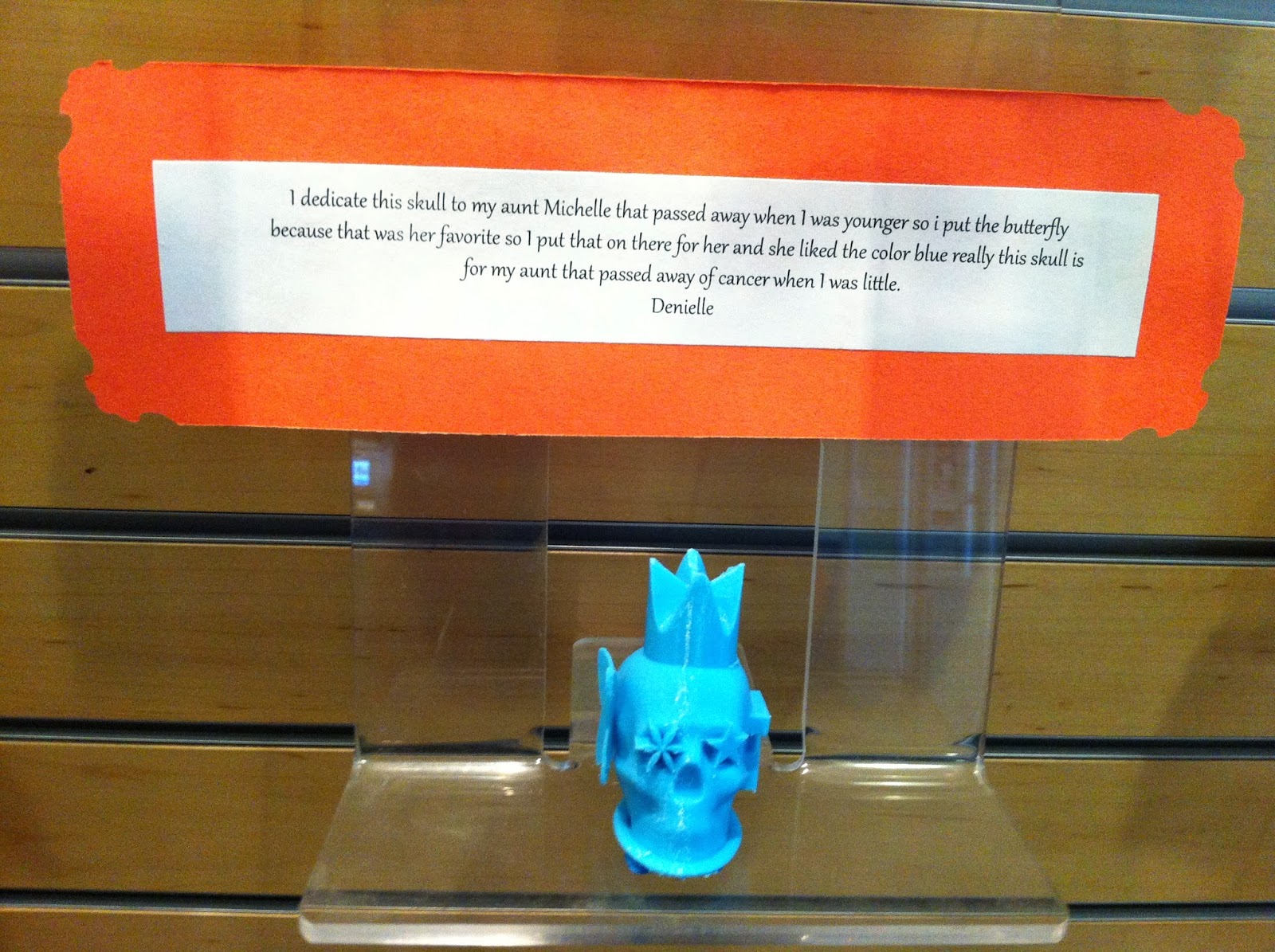 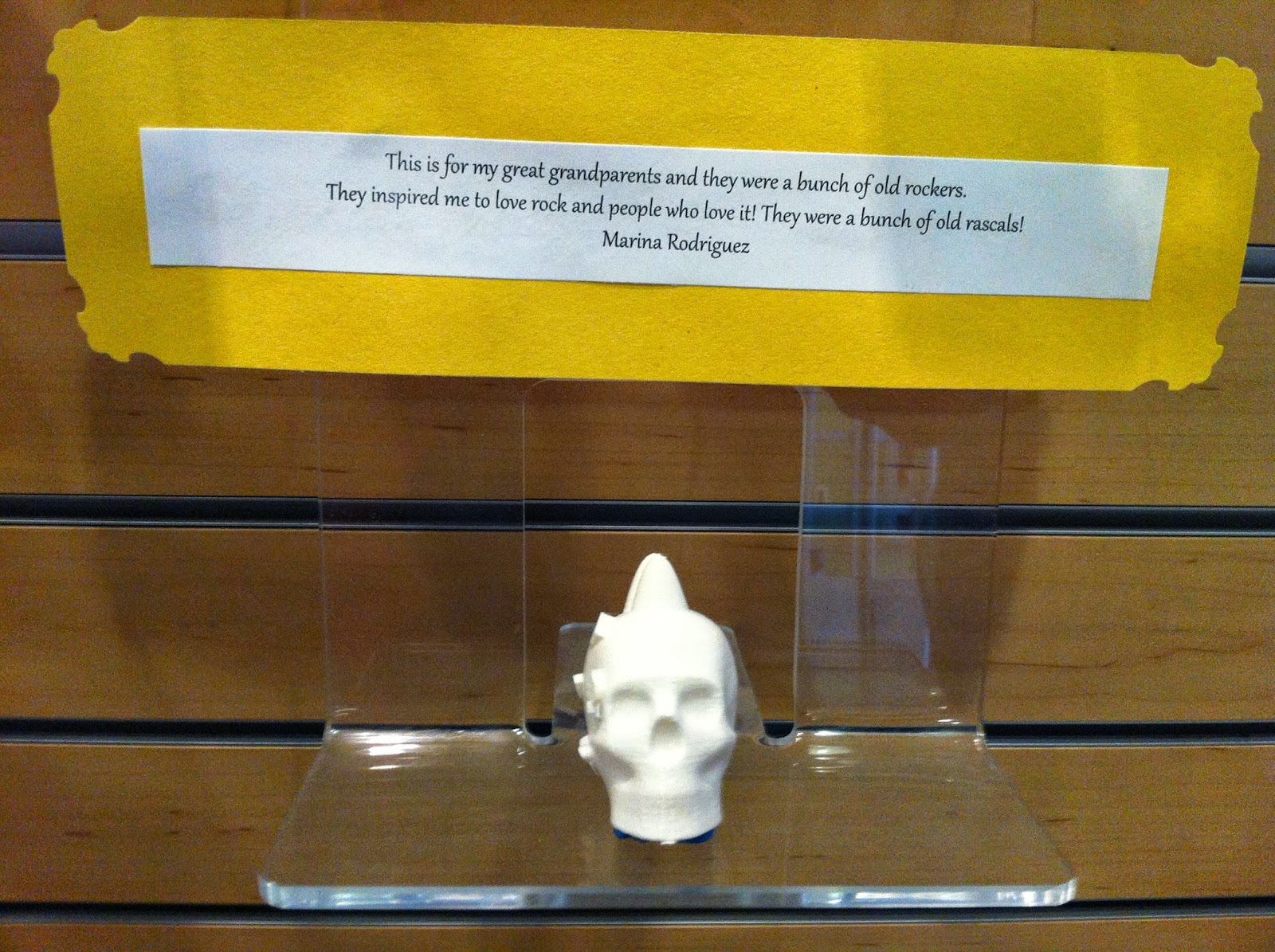 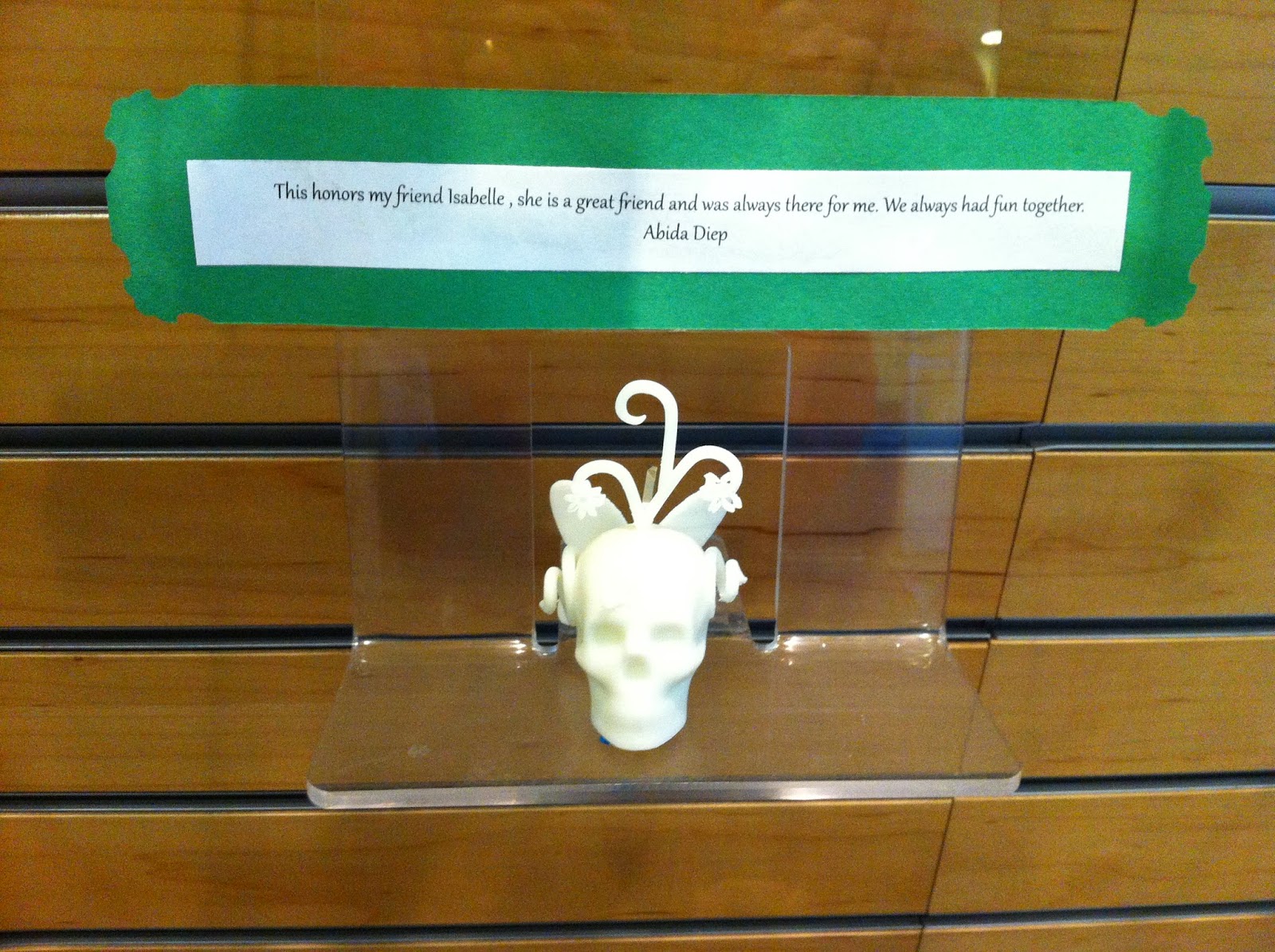 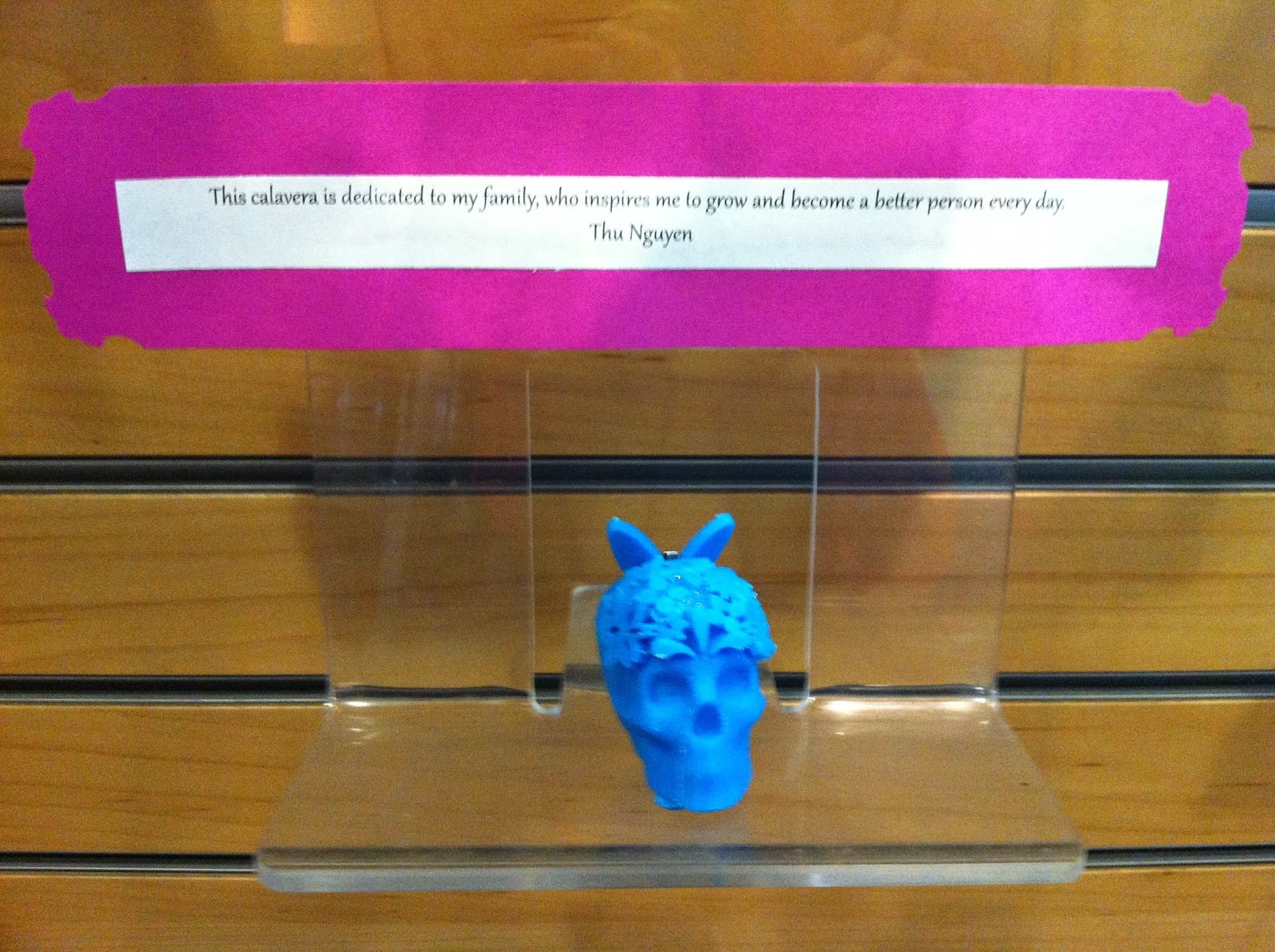 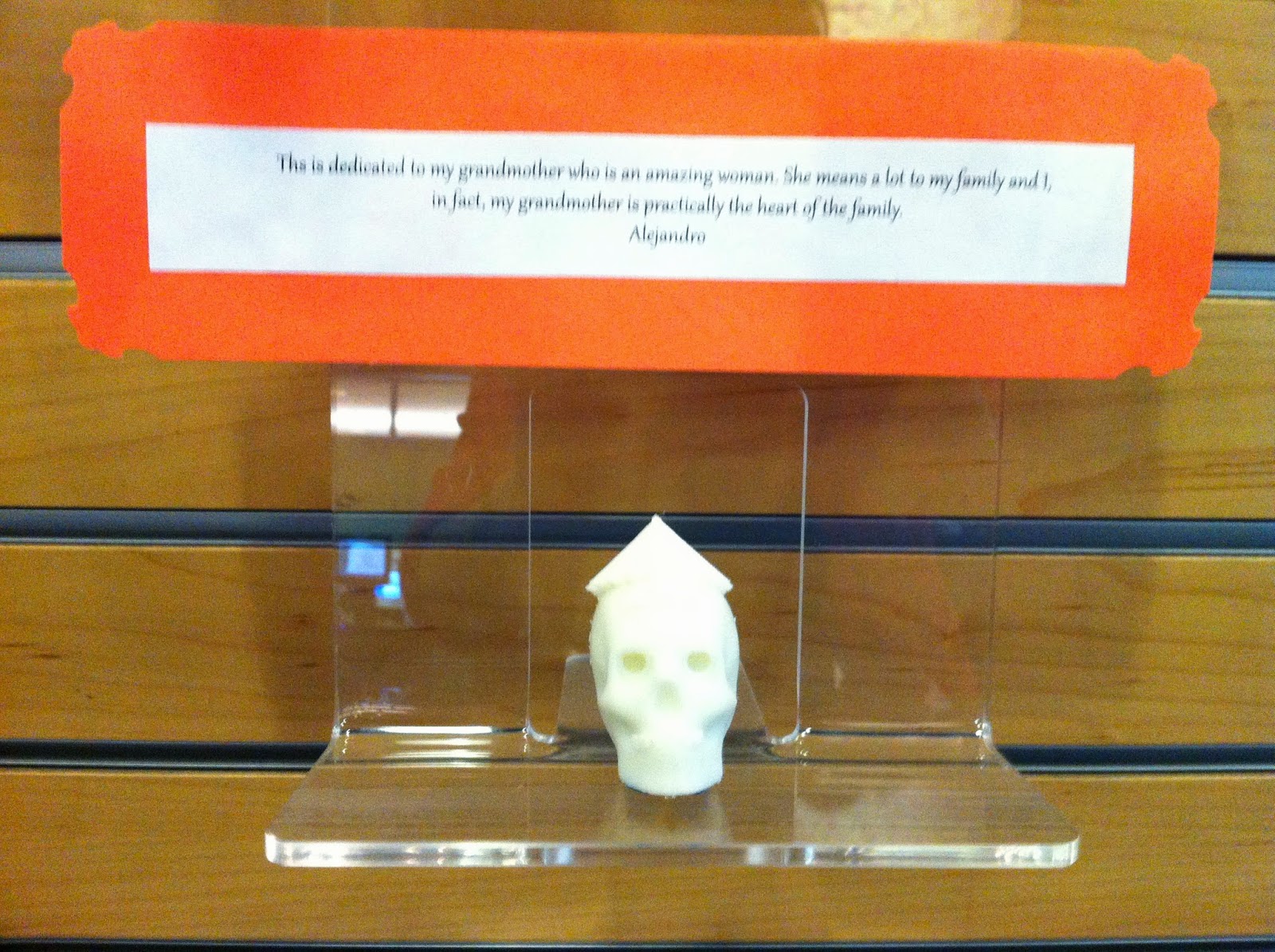 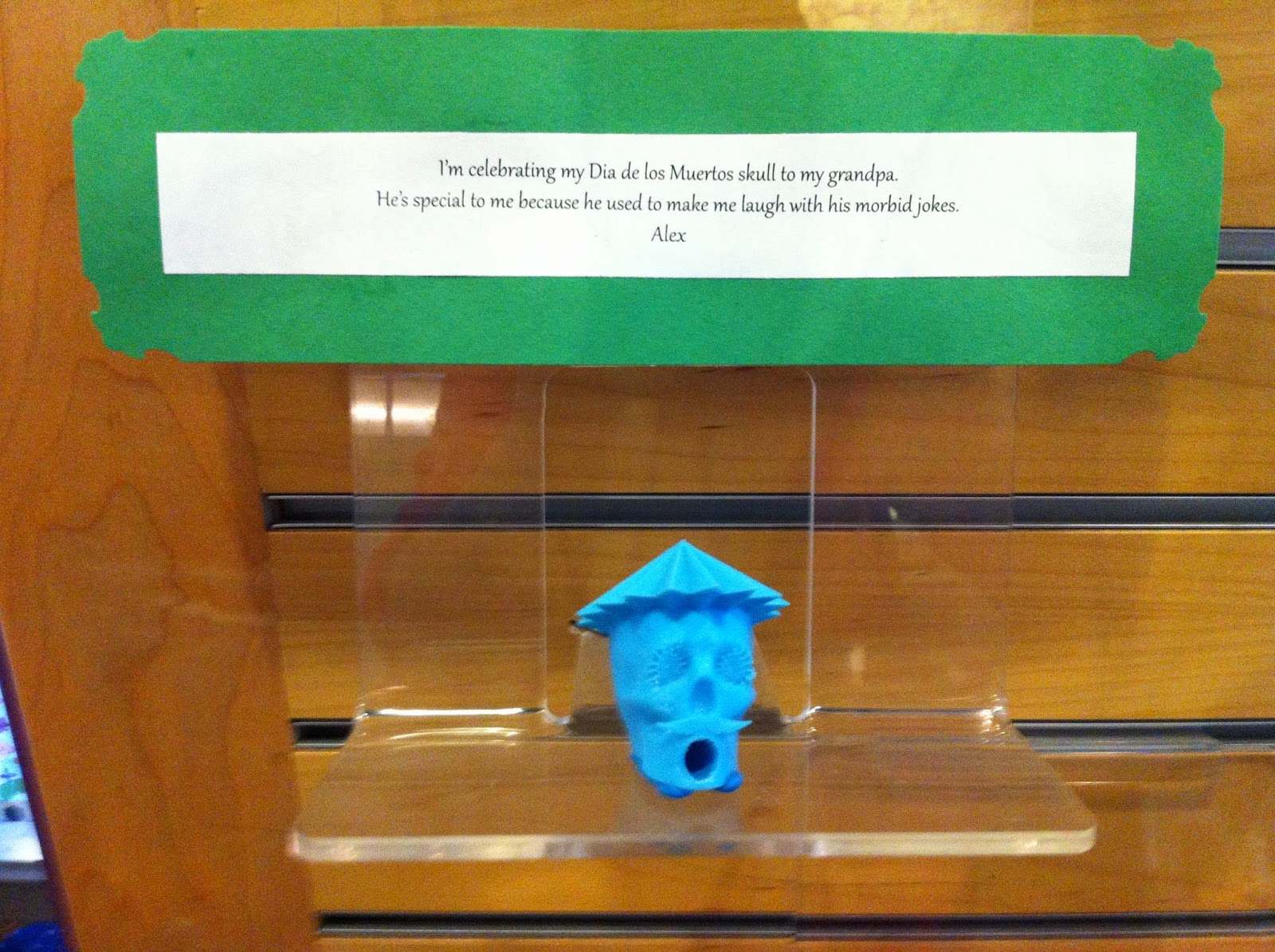 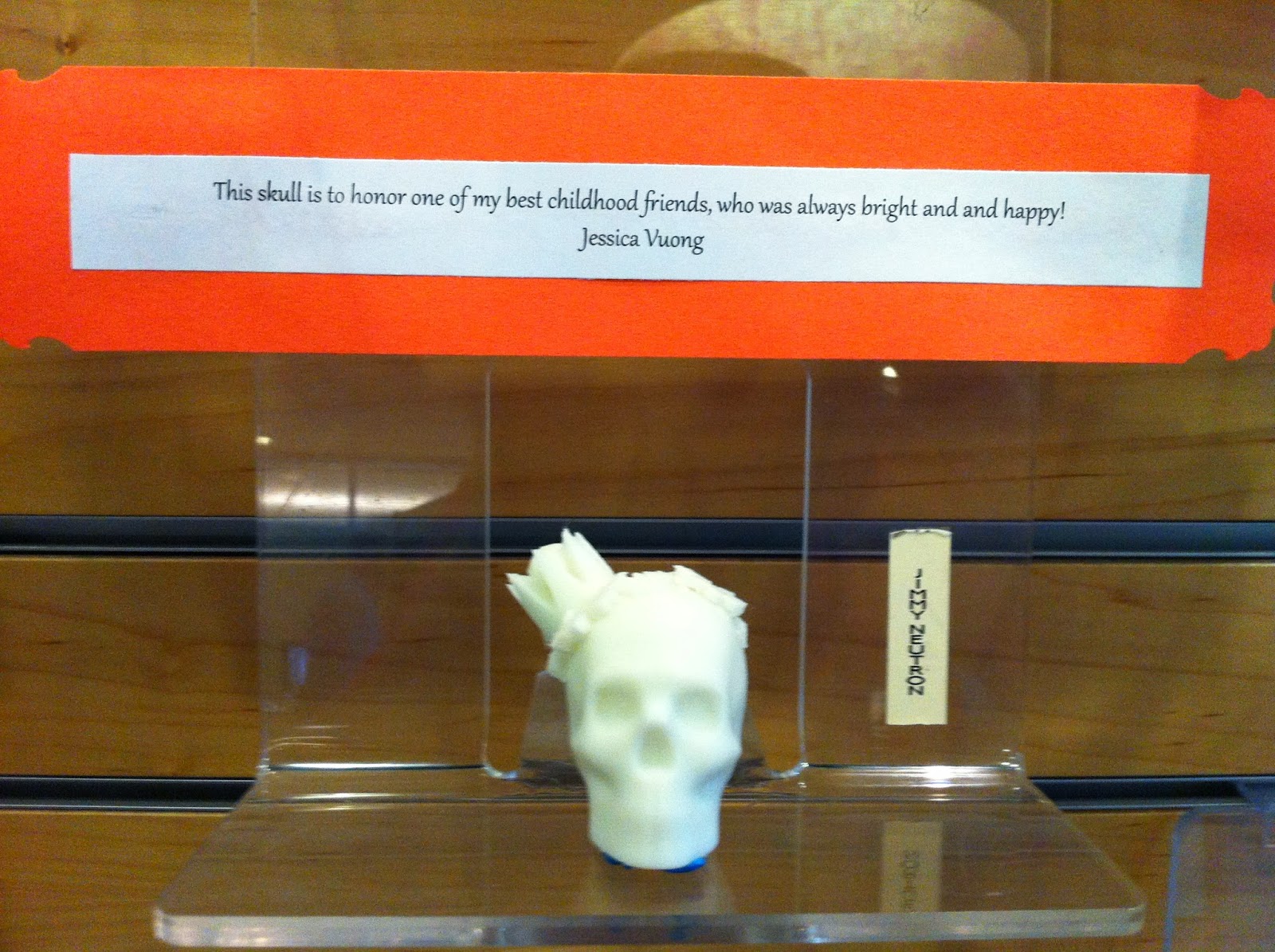 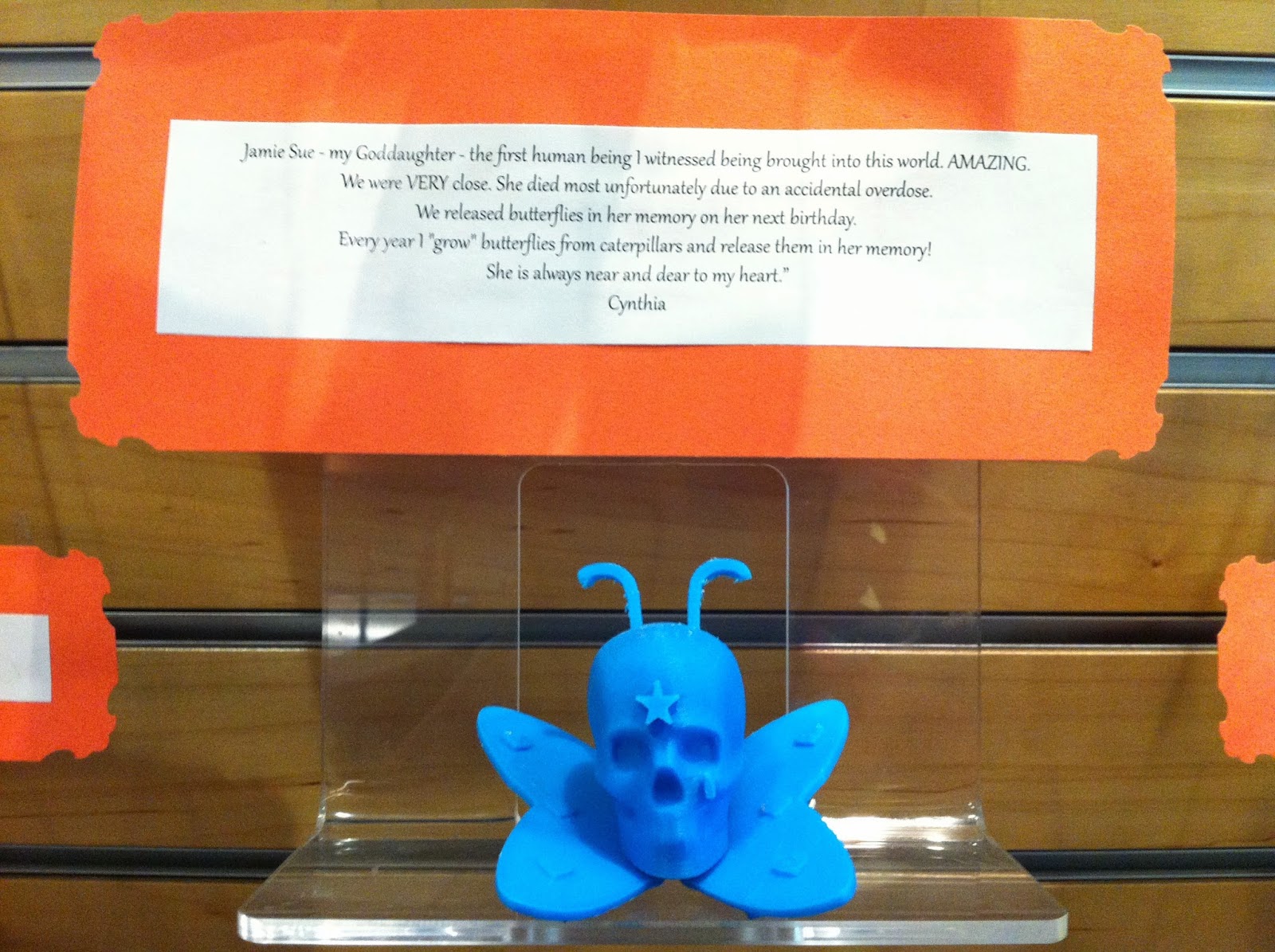 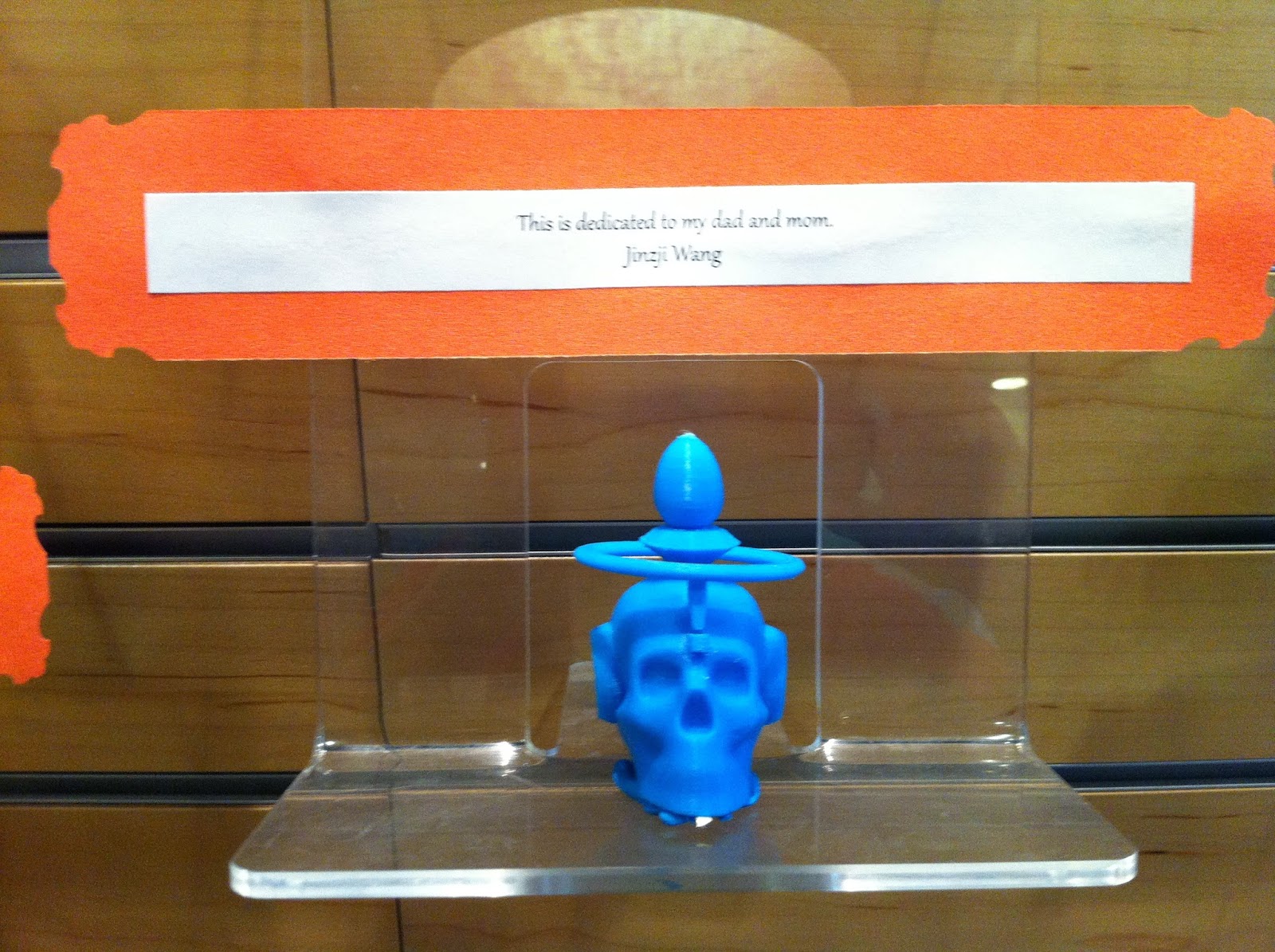 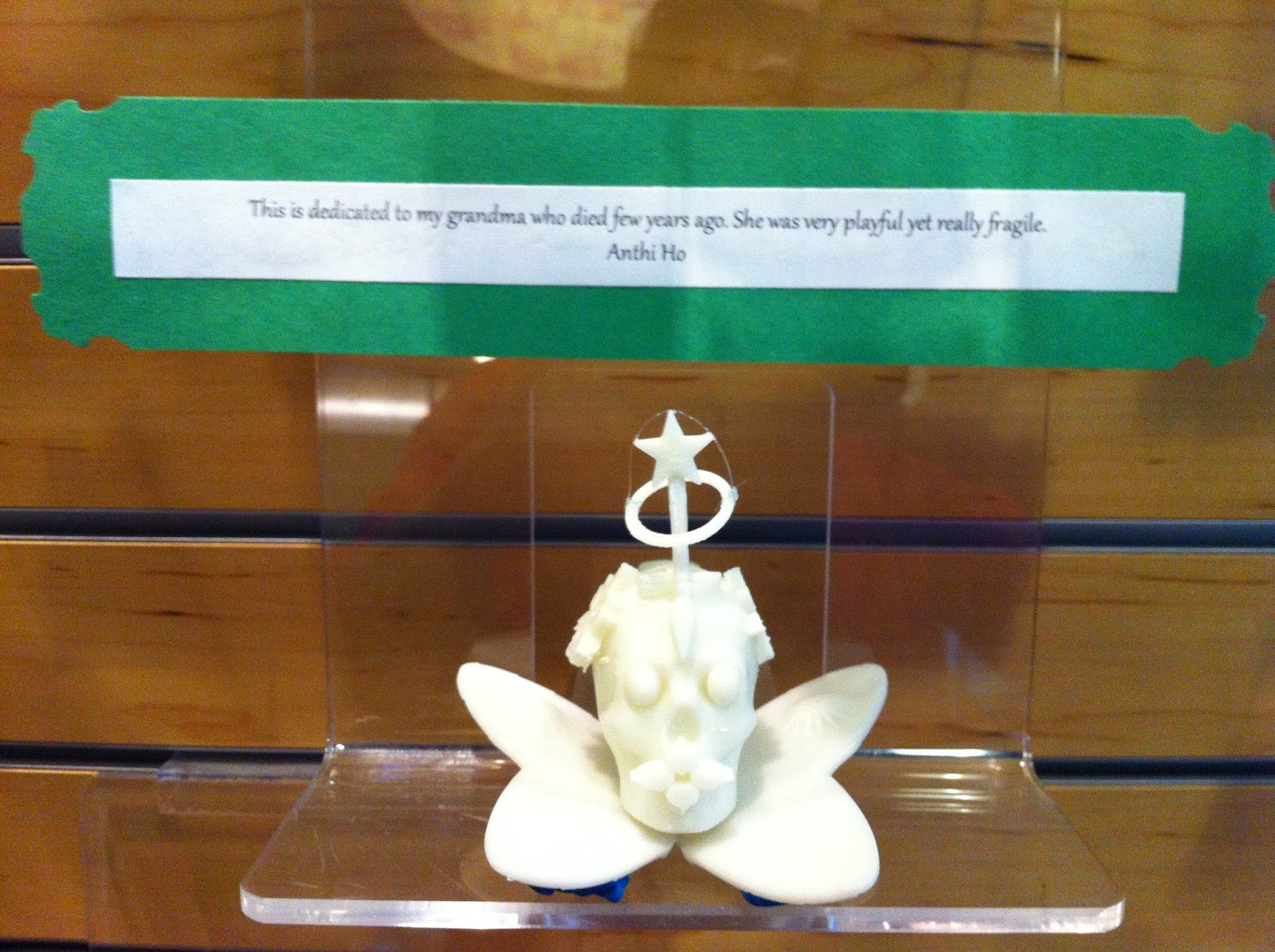 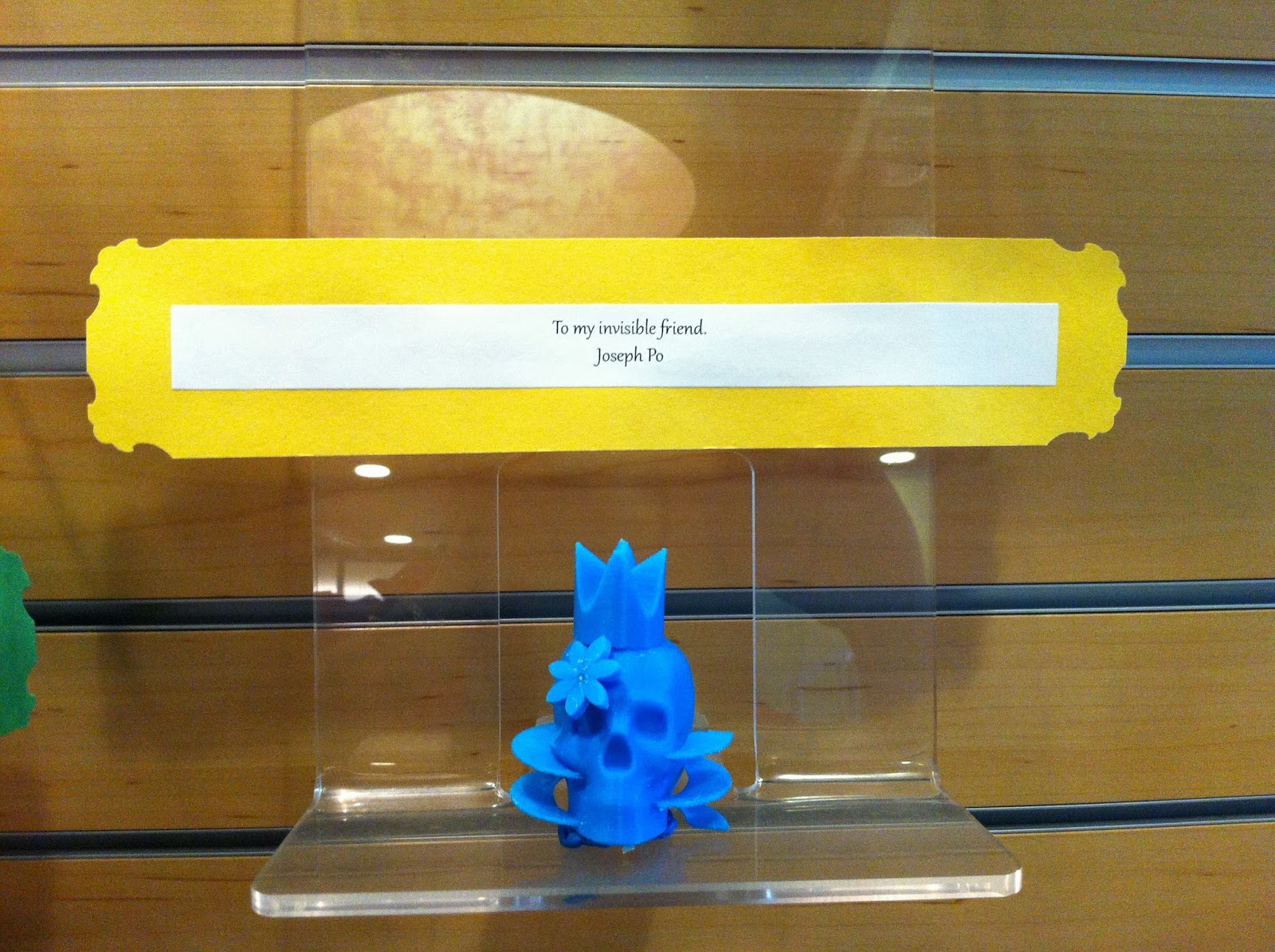 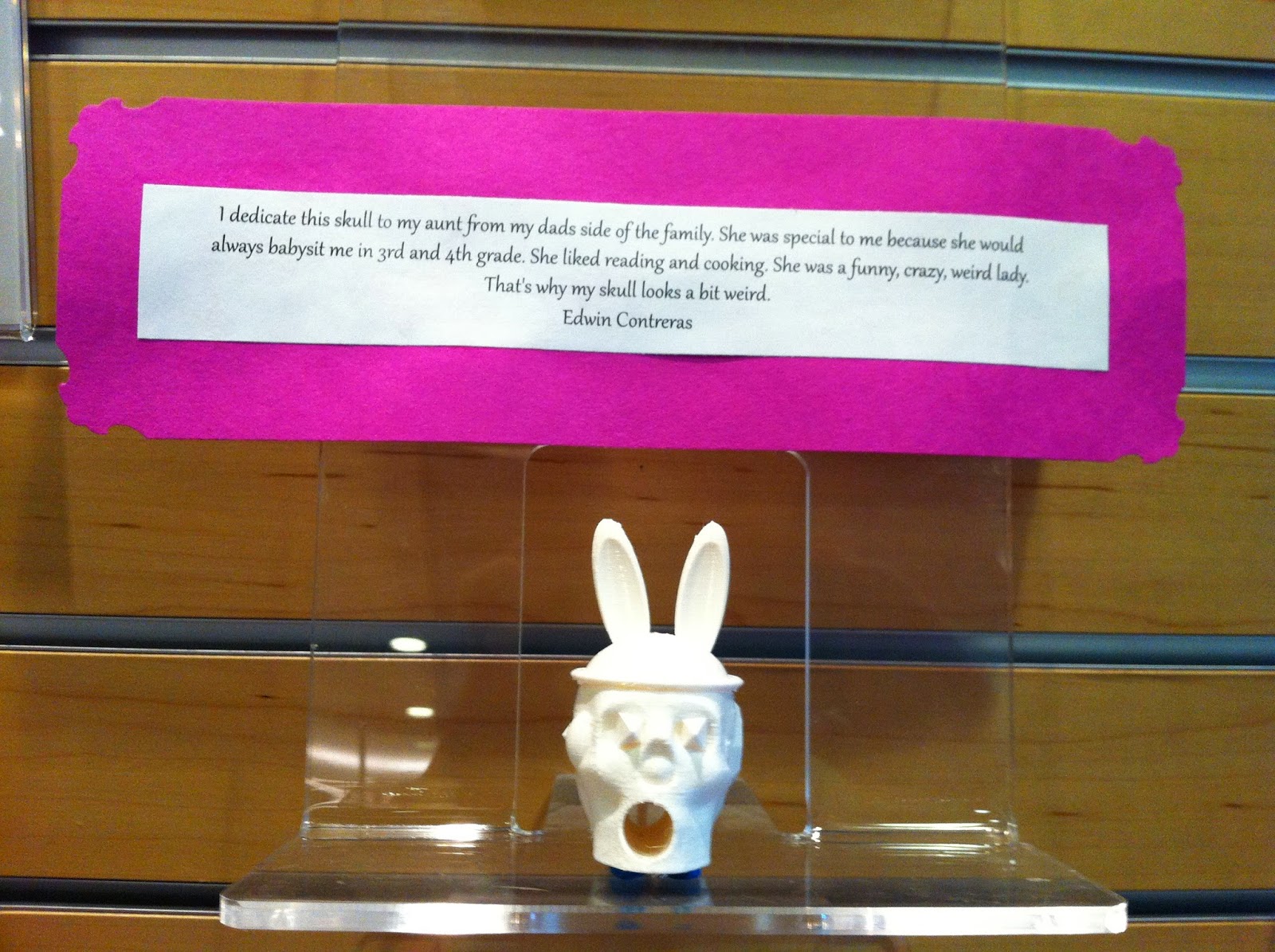 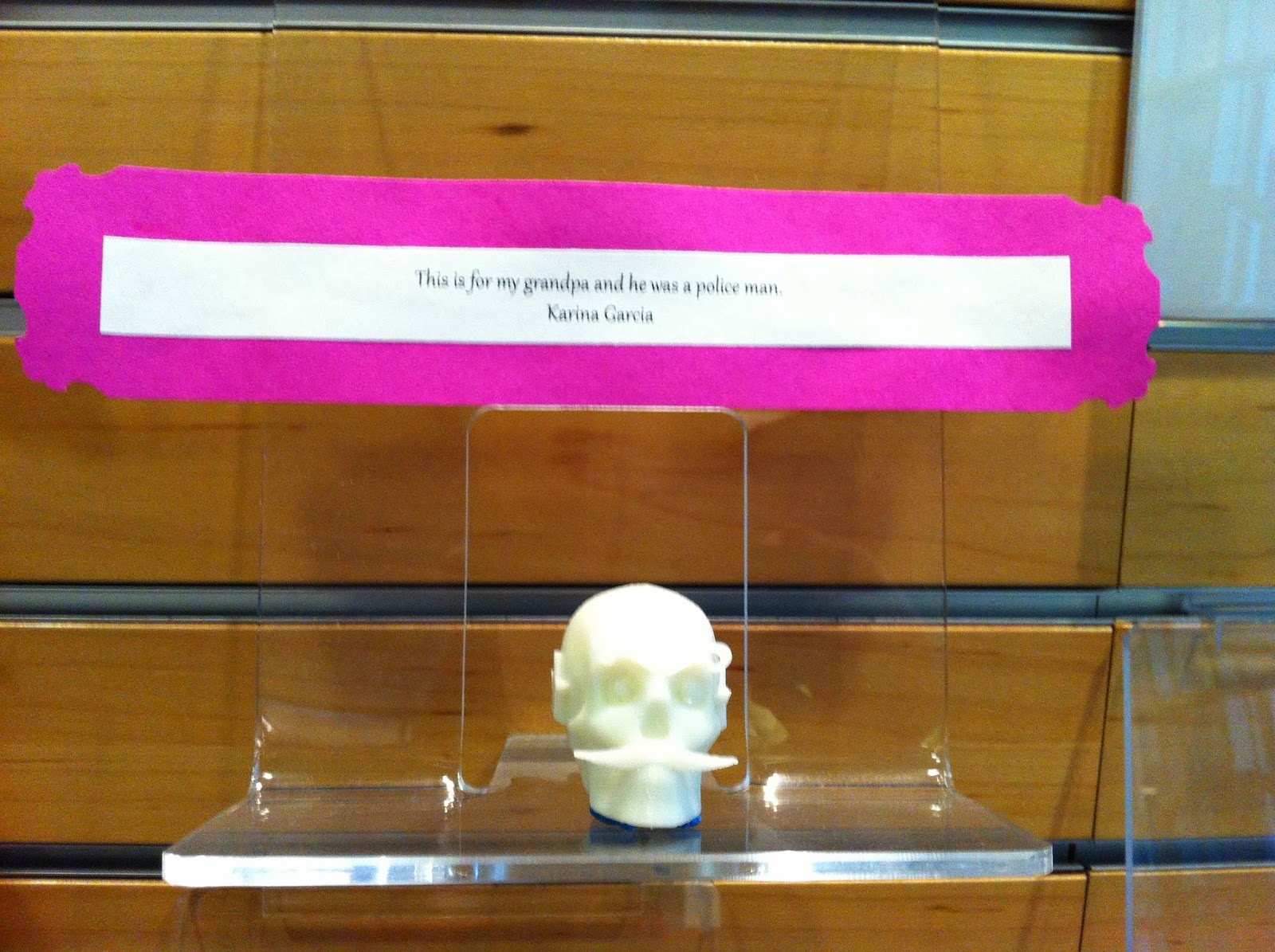 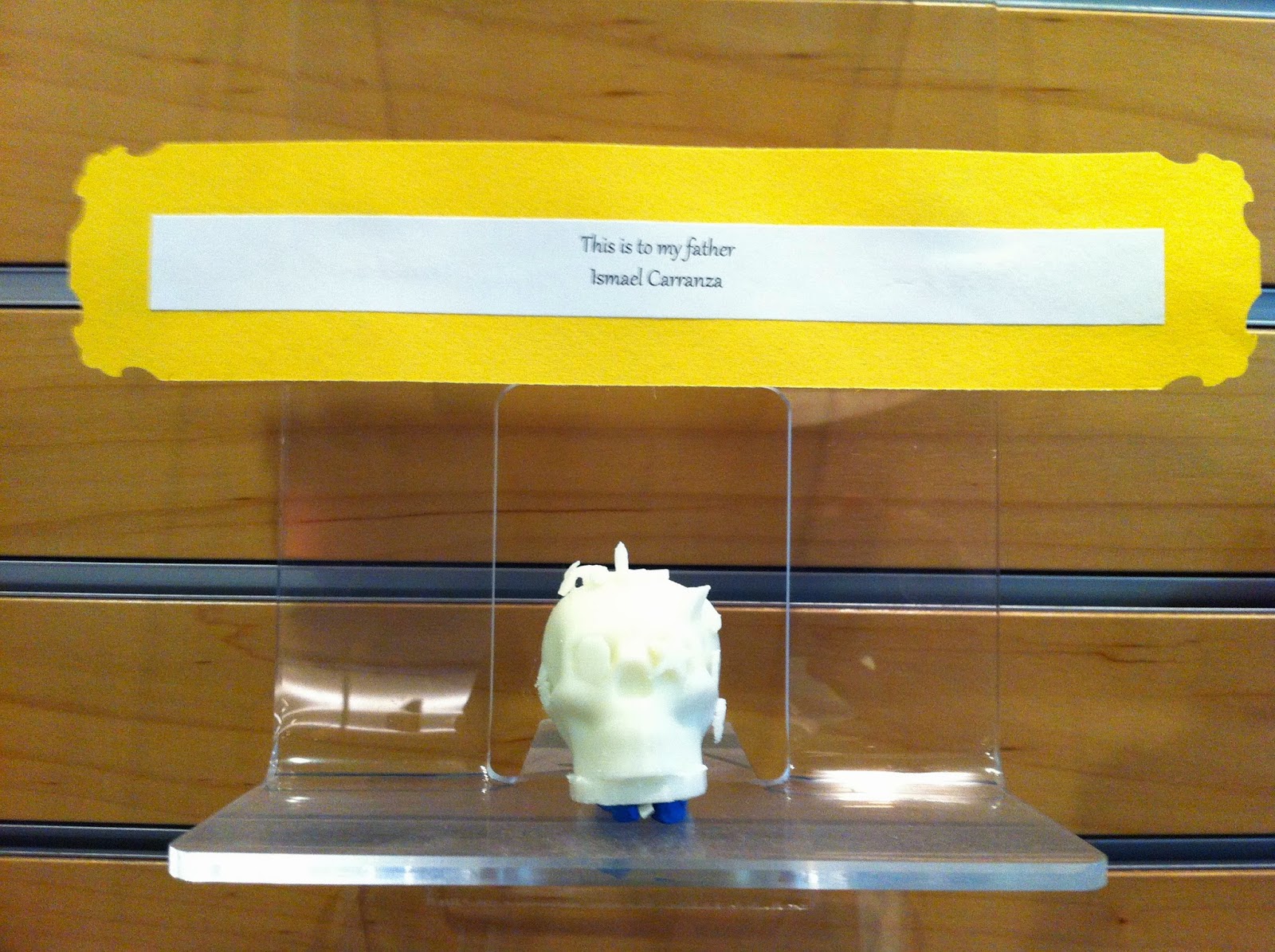 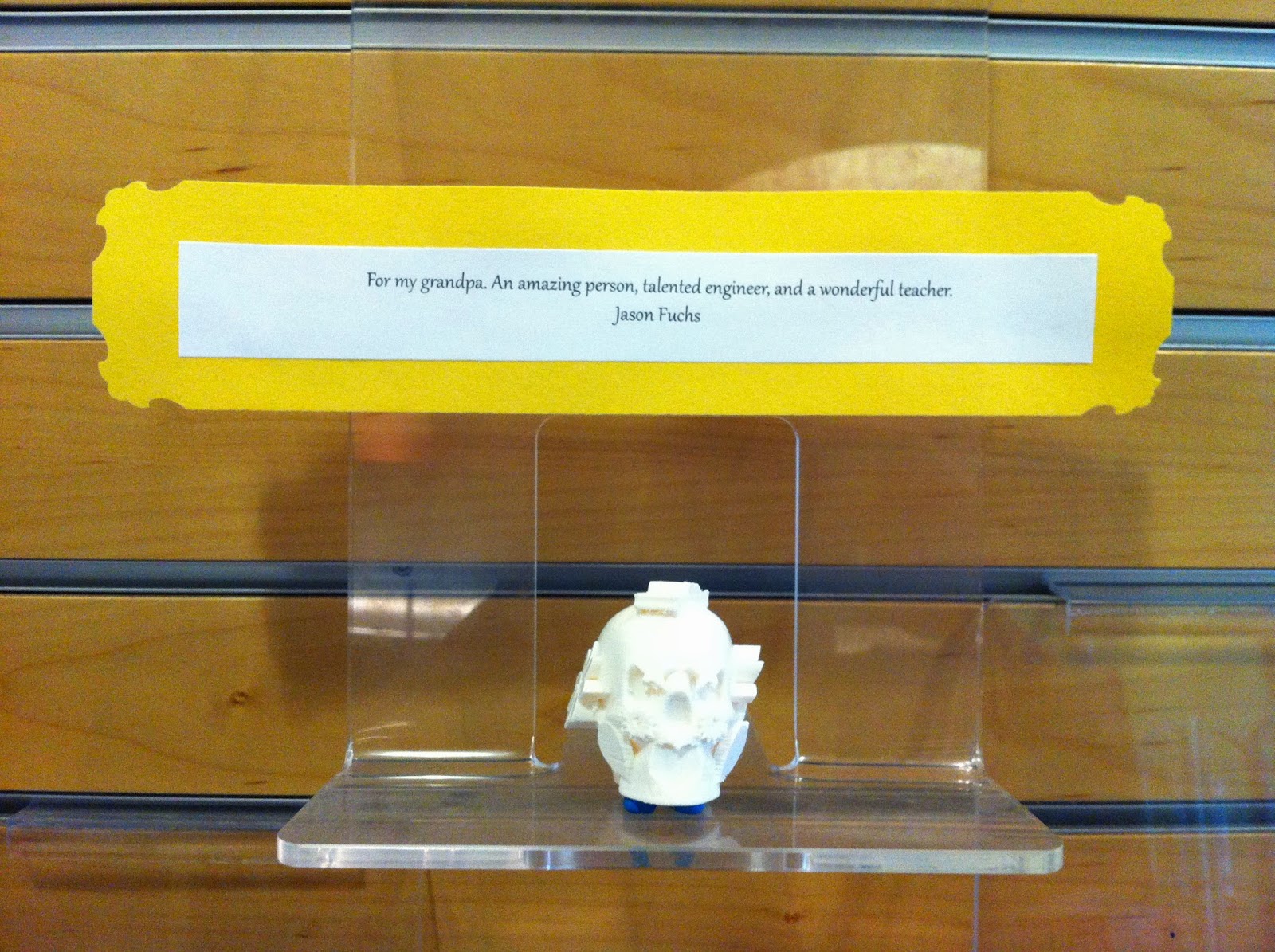 Posted by Corinne Okada at 10:09 PM No comments: Links to this post

Lingraphica, a visual vocabulary for Aphasics

Today my sister asked me about my first job out of college creating visuals for a program called Lingraphica for suffers of Aphasia. Aphasia is a disturbance of the comprehension and expression of language caused by dysfunction in the brain. I Googled "Lingraphica" and was surprised to see that it now a series of iPhone apps!

This really interesting project was led by Hal Rucker and was my introduction to working with a small design team in creating software. The project was for Richard D. Steele, PhD. who was developing Lingraphica at Stanford.

In this job, I learned Illustrator, Photoshop, and an animation technique as we created a library of imagery for Aphasics to use. I learned so much on the job and really appreciate the fun experience of collaboration with Hal and the steep learning curve I went through. The actions library was particularly fun as we created simple animations to express verb concepts. I see that the animated verbs today are the same ones I helped to create with Rucker Design back in 1990. It is so cool to see this video on the product and to see that it has grown and is still being used as a communication and therapy tool.
Here are Hal's thoughts on this project when I shared this posting with him today. I had asked him what software we used for the animations. I knew that we video recorded a mime from which we then traced frame grabs!

"Wow. Yes, that was an intense and amazing project. And so impressive to see the same artwork from 1989 is still in use. Looks like they added color to our old b&w drawings. (When we did this project laptops didn't have color screens.) Corey, to answer your questions about the verbs: We videotaped mimes doing the motions, grabbed them frame by frame using Director, saved off each frame and brought it into Photoshop and hand traced each video frame. As a final step we converted the bitmaps for the screen to vector art for their print work. An early version of digital rotoscoping. I still have all the files! Here's the image we did for their t-shirt for their first trade show" -  Hal Rucker


Posted by Corinne Okada at 12:37 PM No comments: Links to this post